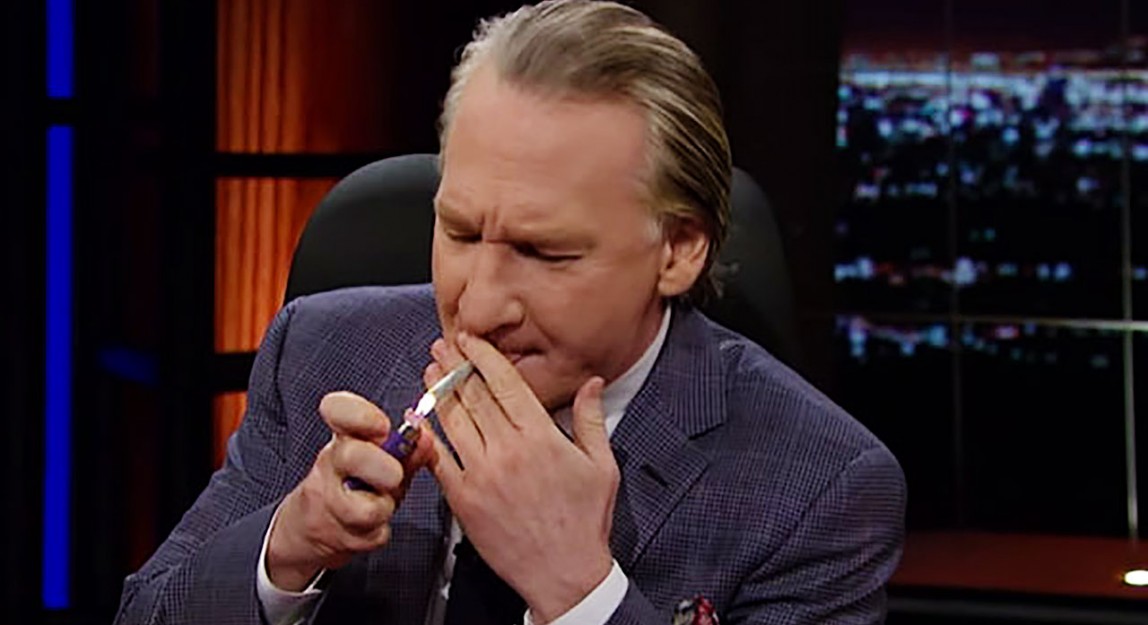 This is not the first time Real Time’s Bill Maher has been outspoken in his love of cannabis but last night Maher took a major stand for marijuana legalization.

He said “progress doesn’t just automatically snowball.” Maher brought up how more than 500 dispensaries have been shut down in Los Angeles and legal dispensaries “still can’t get banking services.” In addition he argued with other rights like gay marriage, no one stood to lose money if the law changed. With legalization lots of people could lose a lot of money. (Read: War On Drugs, big Pharma, etc. )  Maher then brought up the story about Raymond Schwab, the Kansas City war veteran who had his children taken away when the government caught wind of his plan to move to Colorado to grow pot for other veterans. His diatribe climaxed when he lit up a joint on the show. You can watch the segment now.   Take nothing for granted!

« ZERO FATALITIES FROM MARIJUANA OVERDOSESIs Smoking Through a Bong Healthier »