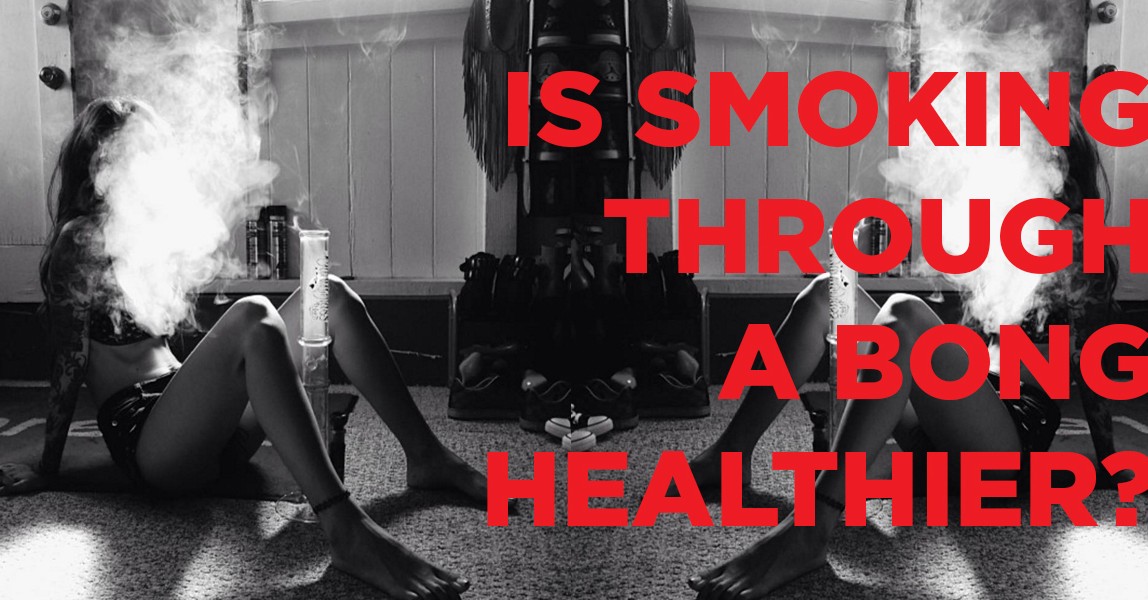 Is Smoking Through a Bong Healthier

Is Smoking Through a Bong Healthier? Is smoking out of a water pipe, bong, or bubbler healthier than burning cannabis other ways? Several studies say yes!

Smoking cannabis, like smoking any substance produces a lot of things that are bad for your lungs. Chiefly, hot smoke, and harmful compounds like polycyclic aromatic hydrocarbons (PAHs), particulate matter, tar, and ash.

Admittedly, while the studies involving cannabis usage lag behind those involving tobacco thanks in part to the federal government’s listing cannabis as a schedule 1 drug. Research involving tobacco has found that water pipes (Aka bongs) can trap as much as 90% of certain toxins. The studies of tobacco smokers that use a water pipe as opposed to those who smoke cigarettes or regular pipes have a much lower incidence of cancer.

A study done in 1991 showed that passing cannabis smoke through water removes substances called cytotoxins, which are known to impair immune cells. This suggests that water filtration may be beneficial for smokers with immunodeficiencies, such as patients with HIV/AIDS.

Thus far, research suggests that Smoking Through a Bong is Healthier. But how does it work? The bong, water pipe, or bubbler cools the smoke by passing it through water creating a less harsh hit. The water filters out any ash that might inadvertently sucked into the smoker’s lungs. The water also filters fine particulate matter, which is ripe with harmful compounds like polycyclic aromatic hydrocarbons (PAHs) and tar.

You obviously can see this gunk when clean a dirty bong. It’s better to trap it in the water and on the glass than in your precious lungs and airways.

If pulling smoke through water is healthier then pulling smoke through PIECE WATER is even healthier. The ingredients in Piece Water work to create a natural trap of smoke particulate. As opposed to plain tap water, the Piece Water formula works by encouraging more numerous molecule-to-molecule interactions. This molecule-to-molecule bond makes the solution viscous which, in turn, entraps the smoke by-products and stops resin from forming.

Use PIECE WATER in your bubbler, water pipe or bong!